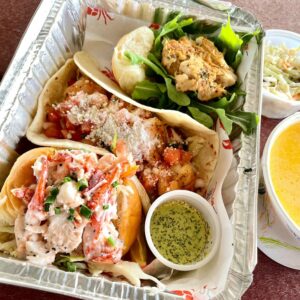 All Surf and No Turf is located at 752 Clifton Ave., Clifton, New Jersey which is only five miles from Paterson, New Jersey.  Owners Christian and Antonia Membrano opened their restaurant in July of 2017.

Prior to opening All Surf and No Turf, they loved going to private events that were hosted as well as festivals and street fairs.  They loved tasting new and different types of cuisine as well as serving up their own traditional meals.  When you look at their menu, you find they are serious about no “turf”.  All of their dishes are made with fresh seafood from lobster to shrimp to flounder.

Their unique concept has given them thirty-nine reviews online with a four-point-four-star rating.  The reviews rave about such dishes as Fish and Chips and their specialty Empanadas.  Don’t forget to start your meal with a delicious bowl of Lobster Bisque!

Located at 1076 Main Street in Paterson, New Jersey is Al Basha Restaurant.  Yaser learned to cook in his native country where he became efficient in cooking American and Italian food.  His dream was to open an Italian restaurant in the United States. 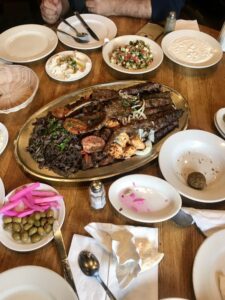 When Yaser looked into opening a restaurant, he found that the equipment needed to cook Italian food was very expensive.  He decided to go with the Middle Eastern cuisine he was raised on.  He found a great place on Main Street in the middle of shopping and dining and opened Al Bashar Restaurant.

Today, Yaser and brag that he gets people coming in weekly from all over New York, Maryland and Connecticut.  He has over thirty-one hundred posts on the internet that rank him with a four-point-four-star rating.  Best to try the Al-Basha Platter that come with a sampling of all of their signature dishes. 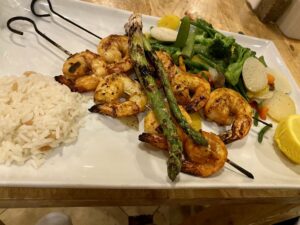 Toros Restaurant is considered a Turkish, Mediterranean restaurant and is located at 1083 Main Street #1, Paterson, New Jersey.  Toros got its name from the Toros Mountains that are at the western-most range in the Great Himalayas.  The mountains are known for their underground caverns and rivers that have colorful water.  The area is also known for their amazing cuisine as well as their beautiful carpets.

Using family recipes passed down through centuries, Toros Restaurant has maintained a high-quality tradition of presenting their clientele with original Turkish cuisine.  They use bread that is made not only of wheat flour but pide, manti, ekmek and simit.  Their kababs are reminiscent of the kababs that were first cooked by the Turks over open campfires.

They have a strong four-point-five-star rating on the world wide web with over four hundred comments.  They have been featured in both papers locally, The Record and The Daily News.

This article has been brought to you by Jersey Hood Cleaning Pros.  They have been doing hood cleaning Paterson for years.  Their technicians are professionally trained to do hood cleaning that meets or exceeds the National Fire Protection Association Code 96 Standard.  They are a professional company that is licensed and properly insured.  It is recommended a commercial kitchen should have their hood cleaned every three months, however, when our team does a hood cleaning, they will make a determination as to how often a hood should be cleaned.

No comments to show.